Member
ebooking system
A A A

Emanating confidence and charm, Innocent Mutanga is an affable man with a large grin on his face wherever he goes. Mutanga has the qualities of a person you would least associate with the brooding impressions of a refugee, but he was indeed the first asylum seeker to be granted the right to study in Hong Kong.

“If we have to rewrite the story of the blacks, we need to be in a place where the future is.”—Innocent Mutanga

Mutanga first arrived in Hong Kong in 2013 after a string of events involving striking political complications in his homeland Zimbabwe. Outspoken on a wide range of topics, he was pressured and eventually kidnapped; prompting him to board on the first flight to Hong Kong. When asked about the reasons he chose Hong Kong, he spoke with certainty. “When I was in high school, I started thinking the future is shifting towards East Asia. I want to be wherever the change is going to be.” He preferred opportunities of the developing regions rather than the well-established order of the West. “If we were to rewrite the story of the blacks, we need to be in a place where the future is.” Mutanga aspires to be a part of the group to transform the impression people have on young Africans, and this became the recurring theme throughout his choices in life.

After settling in Hong Kong, Innocent’s path was not in the least effortless. Upon arrival, Hong Kong government immediately confiscated his passport for four years. In Hong Kong, less than one per cent of asylum seekers see the substantiation of their non-refoulment claim by the government. During the period, he was not allowed to study, work or even volunteer until his paperwork had been approved.  Mutanga spent two years auditing courses in the university before finally being granted the right to study. The experience, albeit troubling, did not discourage the young African. He told us he was prepared for the many hardships when he decided to go to Hong Kong, the only part that bothered him most was convincing others after arriving. “The most challenging part is definitely convincing people I am just as worthy as others. To convince other people I am also a human being.” As an underdog in the society, Mutanga was met with a lot of setbacks and frustrations dealing with false pretensions and biases. 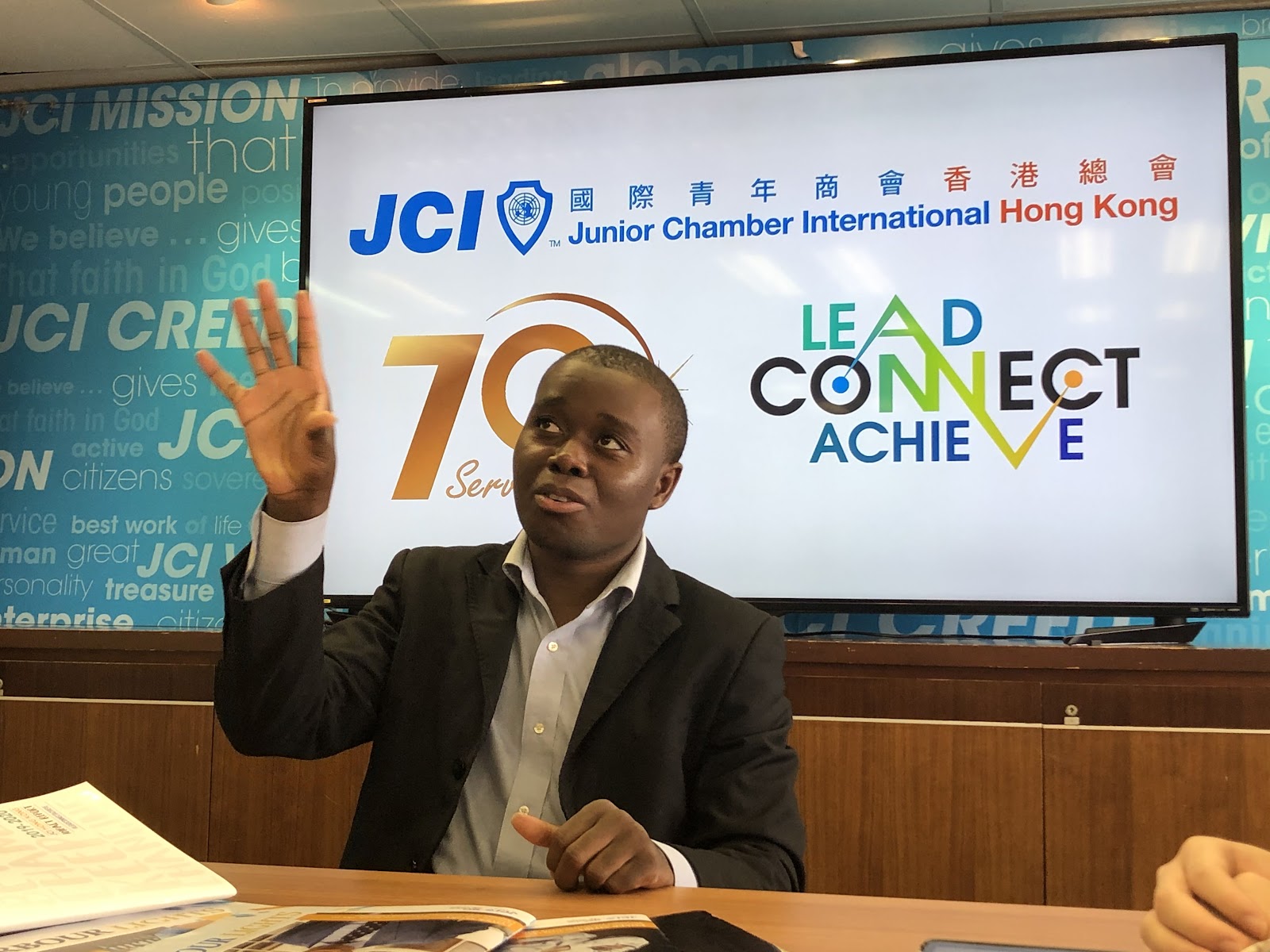 Dignity in Every Individual and Relationship

Currently in Hong Kong, there are around three thousand African expats living here, but still the prejudices run deep in the culture. Mutanga recounted an unpleasant experience in which he was shunned in the clinic once. At the time, he had an accident riding the bike that ended with a bleeding wound. The nurse in the clinic refused him of treatment or even the registration forms, insisting that he contacted the district social workers. Mutanga was baffled at the fact that despite being in a modern, civilized society; some people in Hong Kong still have the presumption that Africans are all uneducated illiterates that are asking for help.

“Dignity is very fragile; but most people don’t realise how important it is.” Mutanga believes that it is essential for Hong Kong people to maintain an open mind when communicating with minorities. Sometimes it may not be obvious for people, but it is tough for the one whose dignity is trampled upon without the inflictor even realising. He asserted the importance of trying to understand things in others’ perspectives instead of just assuming their inferiority. We should all put effort into figuring out the other view to the same situation and avoid exploiting the relationship if we realise we have the upper hand in the power matrix. In order to really connect with others, we all have to look beyond the material level of things. This is also one of the reasons Mutanga co-founded the magazine The Wandering Voice and the Africa Center Hong Kong in Hong Kong. 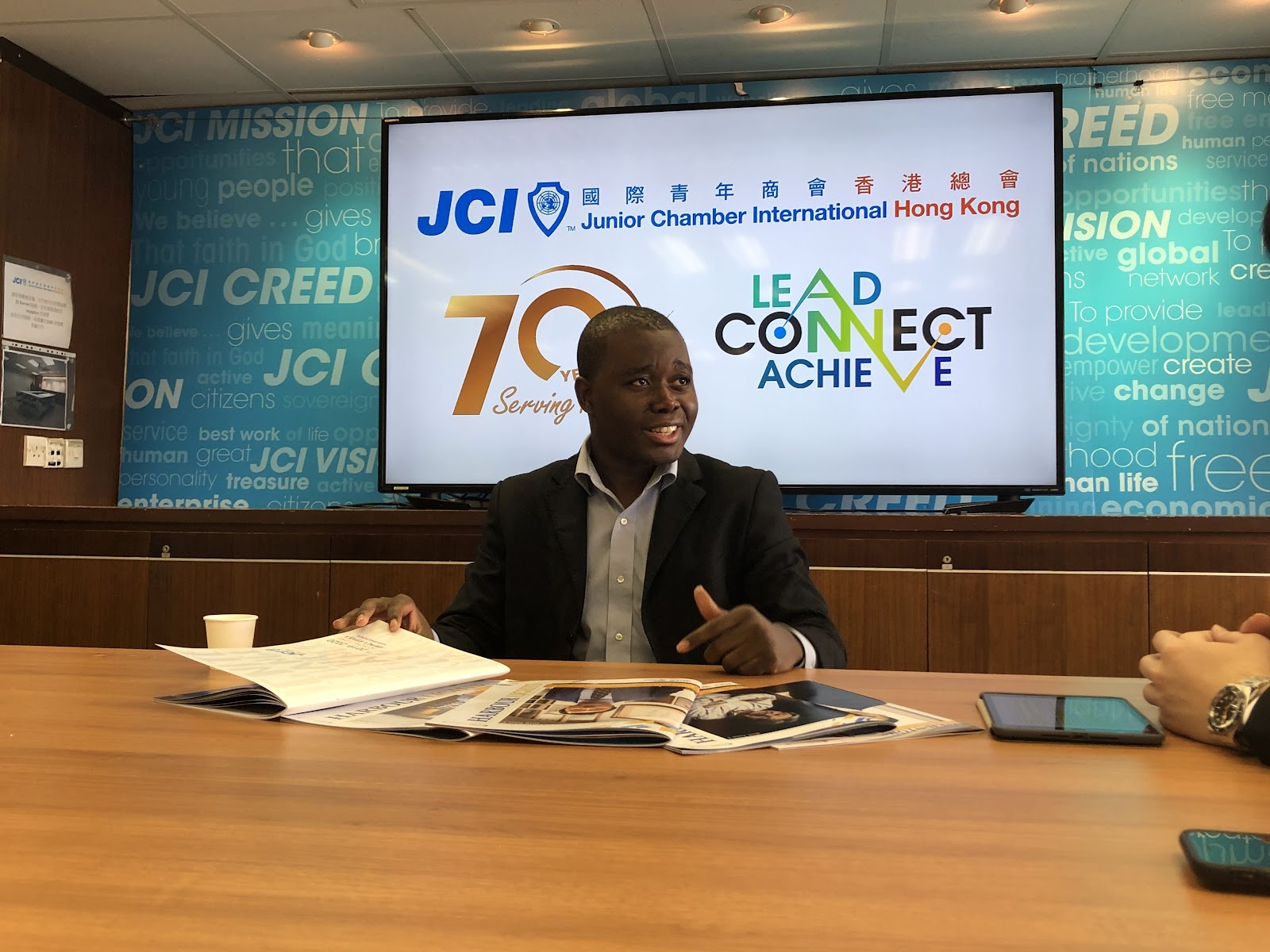 “BRIDGE THE GAP”—Connecting and Sharing on Equal Footing

Putting his social network and ideals together, The Wandering Voice was kick started in 2017. Mutanga asserted that presently in Hong Kong, one of the biggest issues minorities and the weak are dealing with is the opportunity gap. It is important everyone is given the chance to be heard and move upwards in the social ladder. The social enterprise is dedicated to the marginalised communities of Hong Kong, with the noble aim to raise social mobility for the neglected minorities—the migrant workers, refugee or ethnic minorities. Since then, over 600 people have benefited from their Social Awareness Programs and members of the group have spoke about racial discrimination and social entrepreneurship at the UN and UNESCO. With an outlet for the minorities, the group hopes to improve lives and change the narrative of these little-known 10 percent.

At the start of 2019, Mutanga spearheaded a non-profit organization the Africa Center Hong Kong, a platform that promotes social harmony between the African and non-African communities. He stressed that every individual has something to offer, going well beyond the stereotypical victim position that the black is usually framed to be in.

It is a deep-rooted prejudice that Africans are refugees living in slumps dressed in rags, but the fact is many Africans are beyond that, and there are talents everywhere. It is deeply unfair to associate the entire group with one single stereotype. Hong Kong prides itself to be an international hub, but it is disappointing how Africans in oftentimes are still pigeonholed with the singular quality of being people in need. In part skewed by the media's portrayal, Mutanga feels like the entire black community is painted as one picture; and when that happens, Africans are no longer treated or valued as individuals but judged and condemned by stigma placed on by other black people. “Talented Africans should not be consumed or only associated with charity; the community should see that we have something to offer in exchange instead of just charity,” Mutanga commented.

In light of the existing issues, Africa Center Hong Kong attempts to empower Africans and provide a spot for people from all walks to gather. The social enterprise hosts monthly events including networking lunch, African Literature Book Club meetings, Afro Talks on matters concerning Africa or Africa-China relations, and many others; inviting people of all ethnicities to the functions. Above all, Mutanga hopes to “rebrand the Black”, to build the trust and image of Africans in Hong Kong, that the group is as much self sufficient as any other racial group. 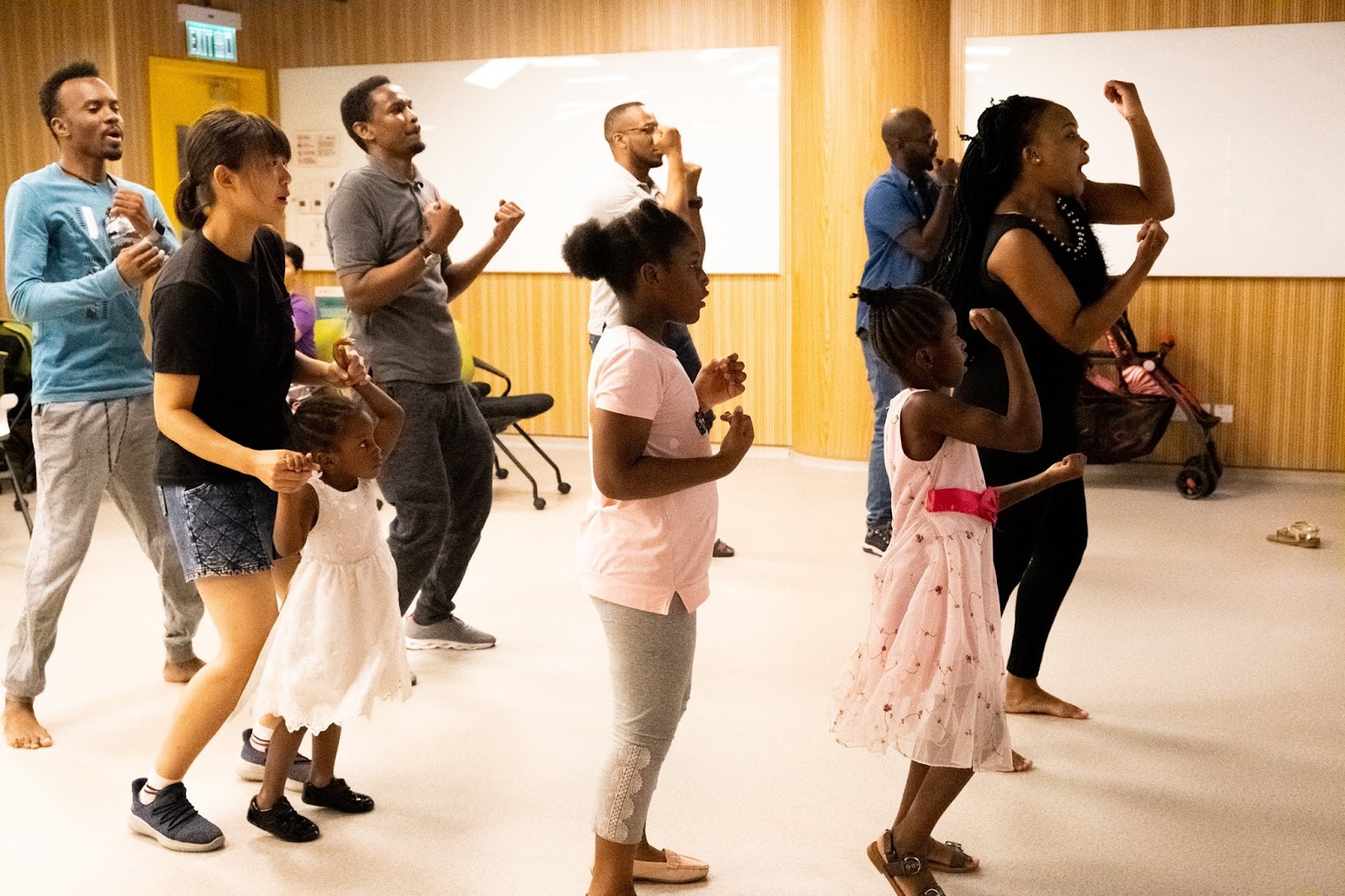 In another light, despite the numerous inconvenience Africans in Hong Kong are faced with; there are also perks to being the underdogs. It is precisely because the group is always treated as the dark horse, they learn to appreciate the value of things in a different way and see opportunities nobody else sees. The group prides themselves on discovering ways to anticipate projects in the most unlikely of ways. Seeing the intrinsic value of things is just as important in seeing the true value of people. Mutanga stressed that this is especially crucial for leaders; “A good leader should be able to appreciate value for what it is, in terms of what’s worth doing and how to prioritize, instead of just going with the norms. Always stay true to your own beliefs.” Determination is key, people could move mountains with just enough persistence.

Another key attribute for a good leader would be change management. With an Anthropology studies background, Mutanga told us there are lessons to be learnt through Charles Darwin’s famous quote: It is not the strongest of the species that survives, but the most adaptable ones. Hong Kong and the world are currently going through a number of uncertainties; the catastrophe with the COVID-19 virus, political unrest and other dilemmas. In this era of crisis, it is essential for the leaders to acknowledge and adapt to changes. With modern technology and globalization, the world is increasingly interconnected. The invisible thread of globalization has sewn together the world in ways you would not expect, and whether leaders like it or not, the world is very much integrated. The only question would be how to leverage the good and bad of the connectedness. Mutanga remarked that precisely because of this, connecting and understanding the values is increasingly important in modern society. We need support from all sides to make the world a better place for all to live in.

Steering the Wheel to a Better Future

Innocent Mutanga’s life journey has been a testament to possibilities. When asked of future plans, he expressed interest in venture capital. “The emphasis is on expansion; I want to apply the same model of venture capital onto international development within Africa. Private capital is what Africa really needs as the way to improve the community rather than simply aid.” He hopes for the day he would return to his homeland of Zimbabwe and help build and improve the place from within. It has been seven years since restarting his life in Hong Kong, but Mutanga is just gaining momentum and there is so much to await in the years to come.

It has come to a point in time where the world is an interconnected network of people, our lives are all intertwined with one another. Innocent Mutanga ended the interview with a reminder for all of us to rethink, reflect, and reconsider ourselves in the face of people unlike us. Simply being in a position with more resources is no grounds for complacency. He advised young people to look deeper and beyond before jumping into quick conclusions. It is normal to use existing labels to identify with people and ourselves, but at the end of the day, people are more than just one label. We define who we are and stereotypes should not confine the way you see people.

Meeting with joyful and lively Innocent Mutanga, one would not have thought of the things he went through. His life story is full of twists and turns, but he as a person does not fail to impress. He is definitely a prime example for how everyone of us is carrying around an unseen history, and that we should never judge or jump into conclusions without knowing the contexts. There is always more to the story than we know of.

Innocent Mutanga is a dreamer but also a keen and passionate doer. I think we can all learn a thing or two from his positive attitude even in the face of adversity.